‘DE STAD’ is a vintage magazine founded in 1927. The content was very diverse and touched on both the world of culture and that of (international) politics. The viewpoint was, of course, Flanders and, more particularly, Antwerp. 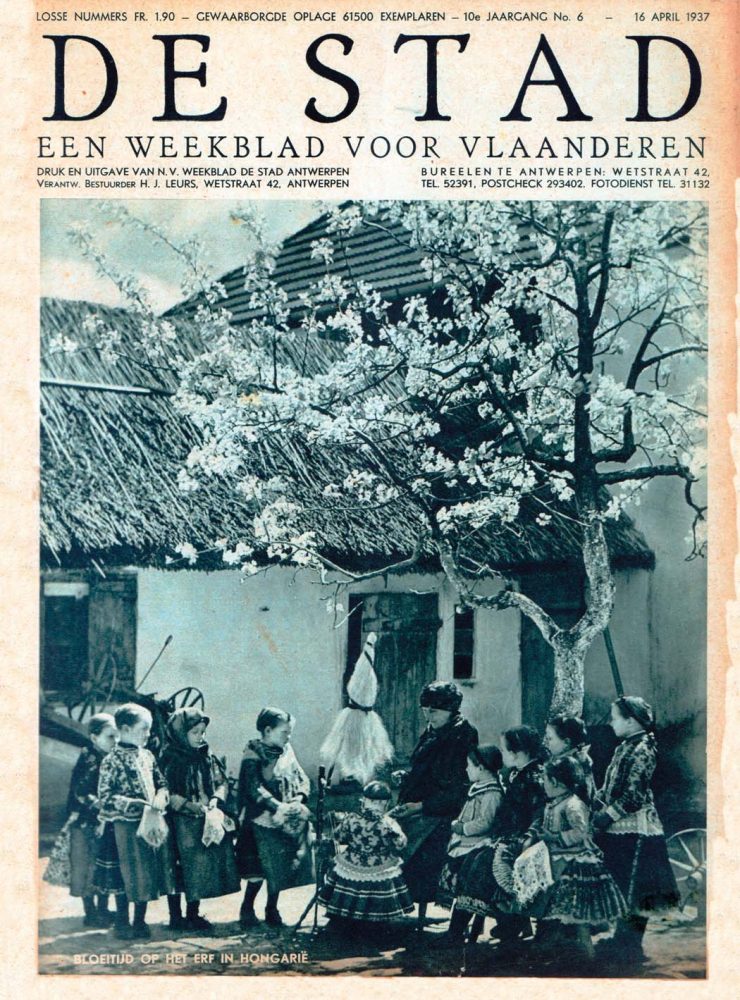 ‘De Stad’ is a magazine that focuses on the social situation in Flanders and less so abroad. Are there articles about: the technical school for construction workers in Antwerp | Cupid crawls where he cannot go | an article about Monaco | Paris reads the gazette | een volk zingt een volk spreekt, about the American Indians | the Princess of New York | who is John Bull? | the latest film ‘The Vandal’. In addition to the articles, there are also fixed sections on events in the country, and those abroad, there is also a fixed film section, | a section on sports | a section for women with cooking and clothing | and Flemish photo messages a kind of facebook avant la lettre | a follow-up story | a section with photos of families and then a section with ‘mixed news.

Do you want to know more about today's events?