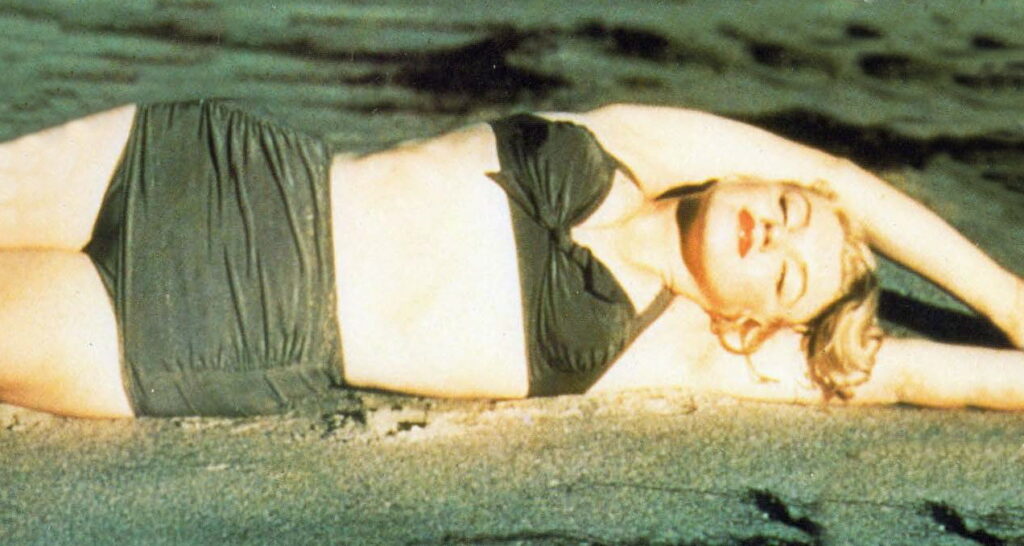 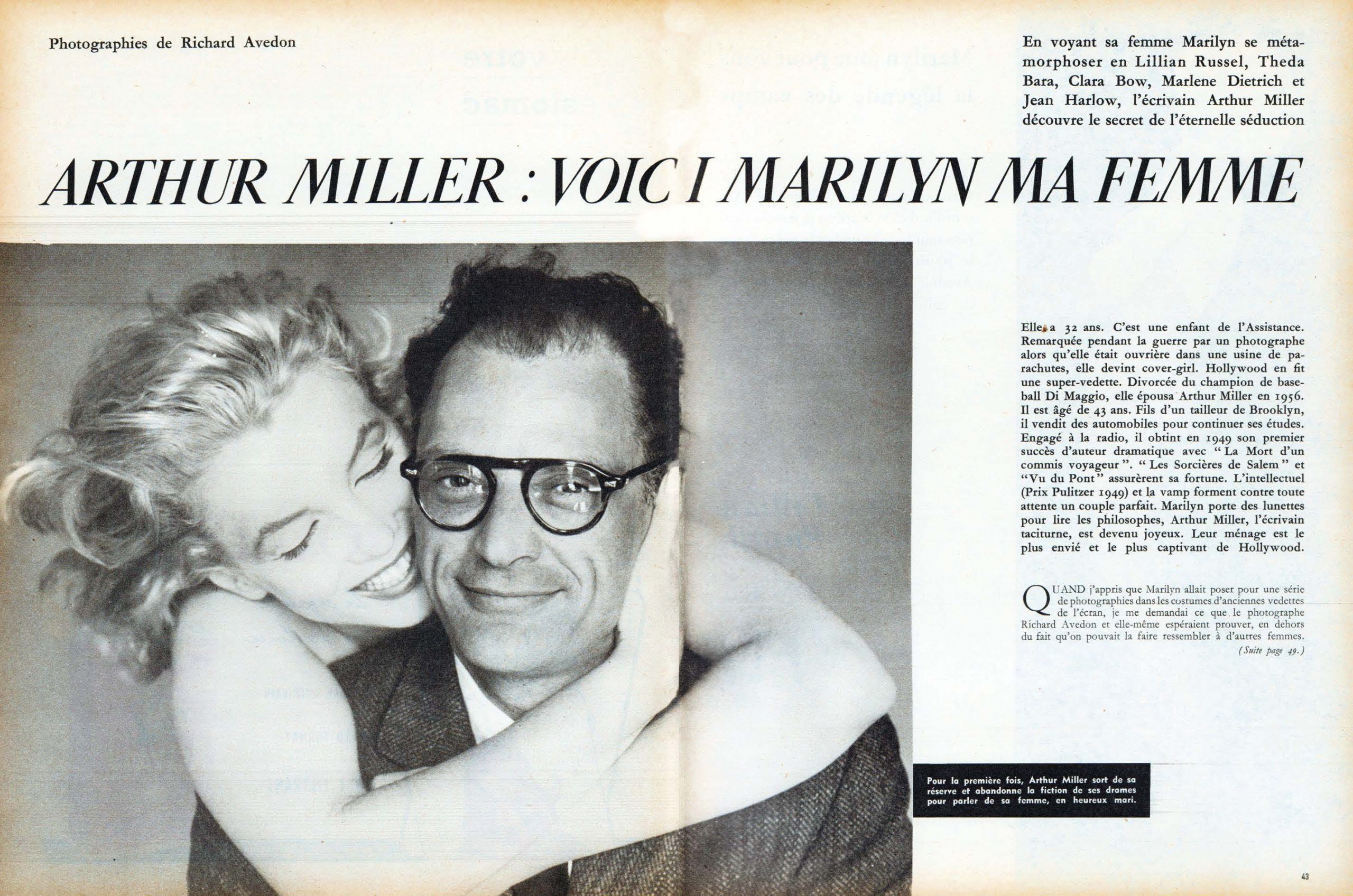 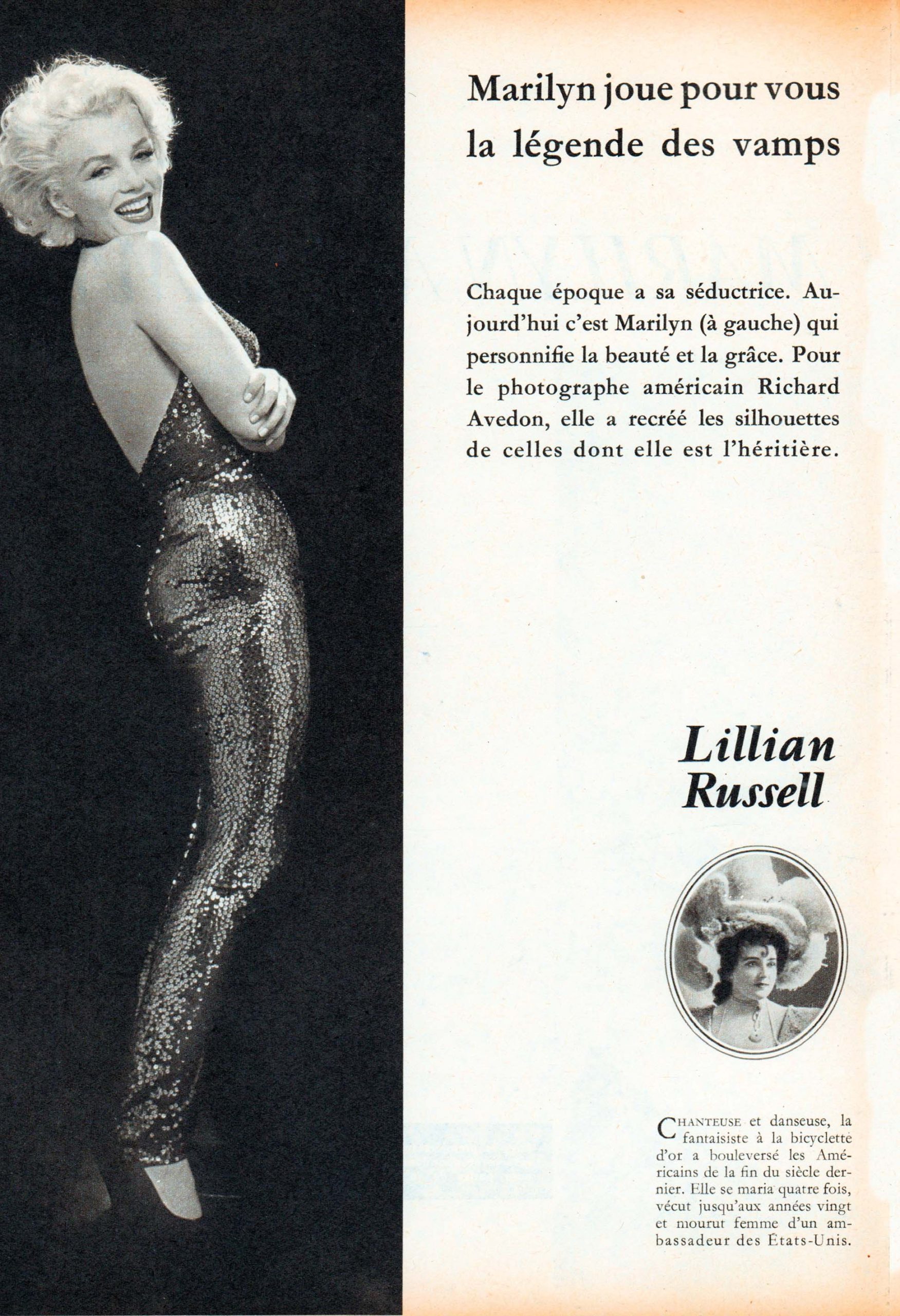 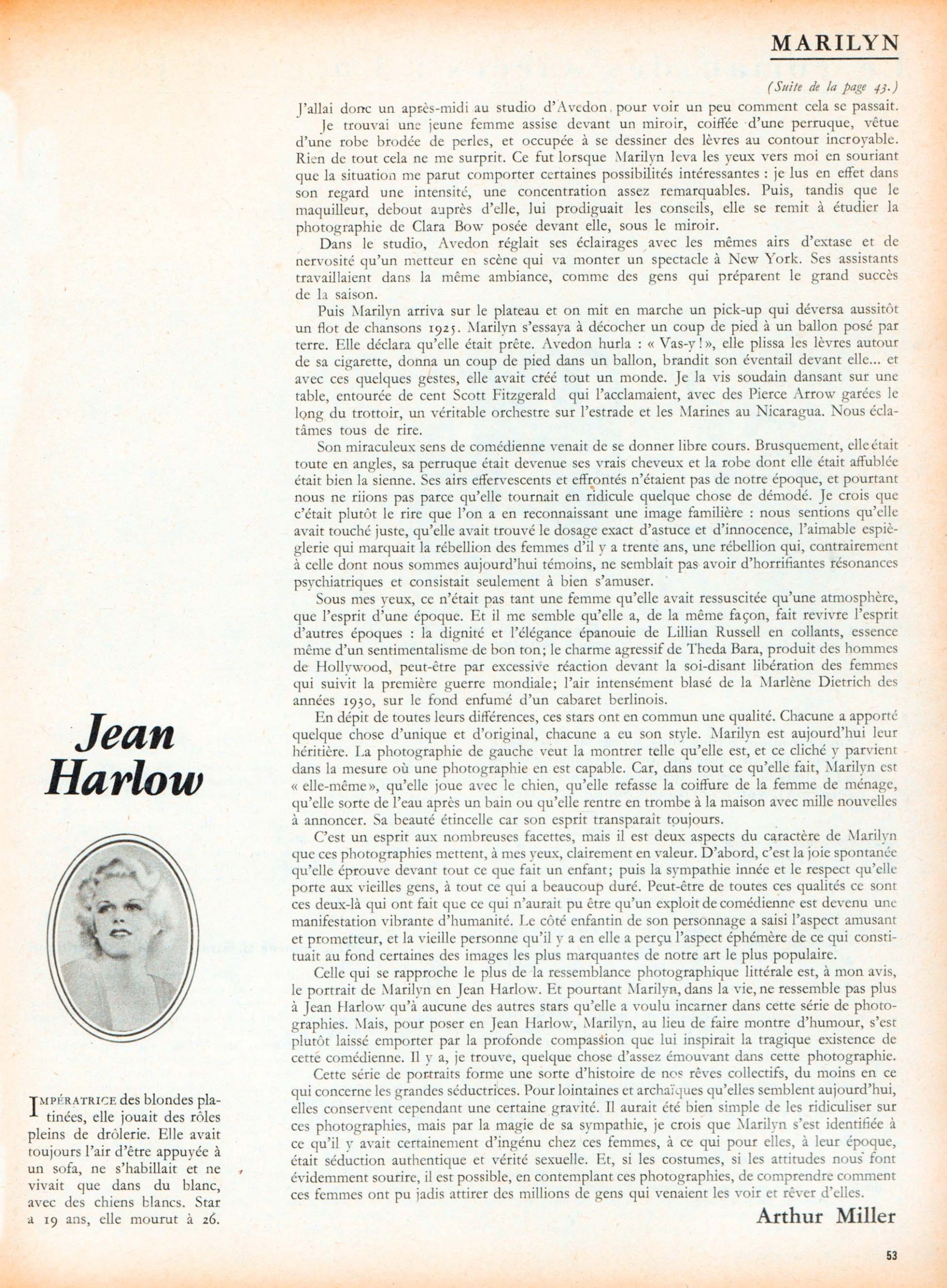 This is an article on Marilyn Monroe from the French-language magazine Paris Match. Paris Match was a magazine that reflected broad social reality and thus was not insensitive to the glitz and fame of stars and other well-known personalities; thus, Marilyn Monroe often claimed her place in this magazine.
On 1 June 1926, a girl named Norma Jeane was born in Los Angeles. Until her death on 15 August 1962, Norma Jeane Mortenson, better known as Marilyn Monroe, was the biggest star on the planet. She married James Dougherty, Joe DiMaggio and Arthur Miller. She became addicted to both barbiturates and alcohol. As a result, she was hospitalised several times and could barely perform professionally. It was also during this period that she had to deal, to use a deliberately vague term, with brothers John F. Kennedy and Robert Kennedy. The negative spiral came to a deadly end when Marilyn died of a drug overdose on 5 August 1962, something that looked like suicide. Housekeeper Eunice Murray knocks on the door of her room at 3am. Lights were on. She opened the door and saw the actress lying on the floor. Her 1962 death was not a suicide but murder, carried out by Robert ‘Bobby’ Kennedy. He wanted to prevent the actress from hanging out the family’s dirty laundry. That shocking conclusion is drawn by two US investigative journalists in their book The Murder of Marilyn Monroe: Case Closed.
Glamorous! This is how the style of this icon is best described in one word. Not only did she turn heads on sets, but outside of them, her impeccable style was an inspiration to say the least. By the way, did you know that this actress spent much of her life in hotel rooms, which she sometimes rented temporarily as her home? Even when she was not at work, staying at home or at a hotel, she faithfully stuck to her classy looks. This American always looked peaky, even when no one was looking. Kennedy